Birth, Death, and Regeneration, also know as the Palomar Mural, was painted by Eduardo Carrillo on the entire interior corridor, including the ceiling (17’x 40’x8′) of an historic Santa Cruz building. It explored the connection between indigenous Mexican cultures and European Christian influences in an incredible tour d force of spatial and allegorical imagery. Carrillo included students in the process of painting the mural, giving them experience in public art at a time when the value of such a community piece was not recognized. Unfortunately, in 1979, this magnificent mural was painted over, robbing Santa Cruz of a distinctive cultural landmark. Plans are underway to recreate the mural, returning Carrillo’s gift to the community. 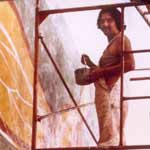 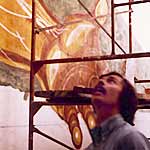 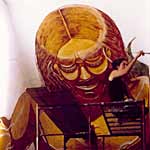 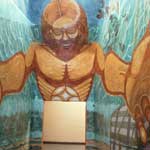 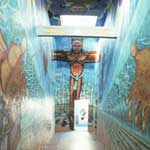 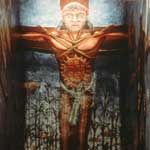 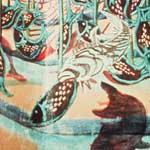 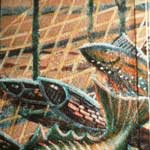 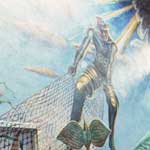 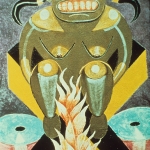 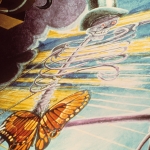 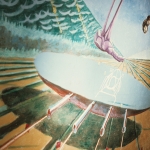 El Grito (the Cry) was commissioned by the city of Los Angeles for the Placita de Dolores across from Union Station in downtown Los Angeles. The mural commemorates the instigating call, made in 1810, by Father Hidalgo for the peasants to revolt against the rule of Spain. Although Hidalgo and the other instigators were discovered, the Cry ultimately led to Mexican independence in 1821. As a result, control of Los Angeles transferred from the Spanish to the Mexicans for 26 years.

Carrillo developed the design for the mural through a series of large scale “cartoons” based on this historical event. He cast all 300 of his own 1 foot square ceramic tiles, incised them with the drawings, and formulated slips and glazes for all of them. He invited a team of interested students to help with all phases of the firing and installation process. By apprenticing, they gained valuable experience in the art of large scale mural design and construction. 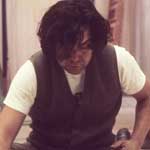 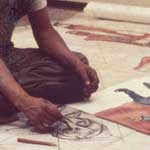 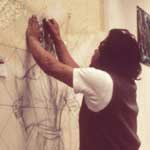 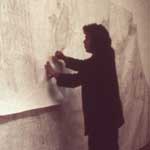 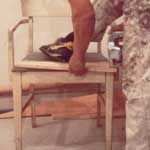 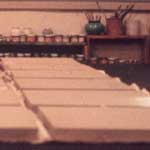 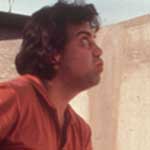 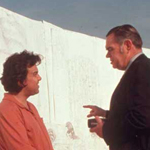 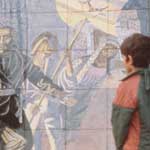 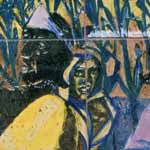 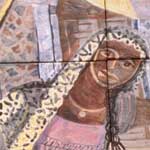 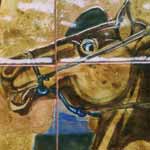 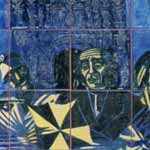 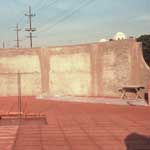 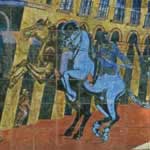 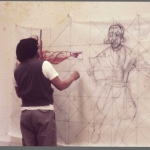