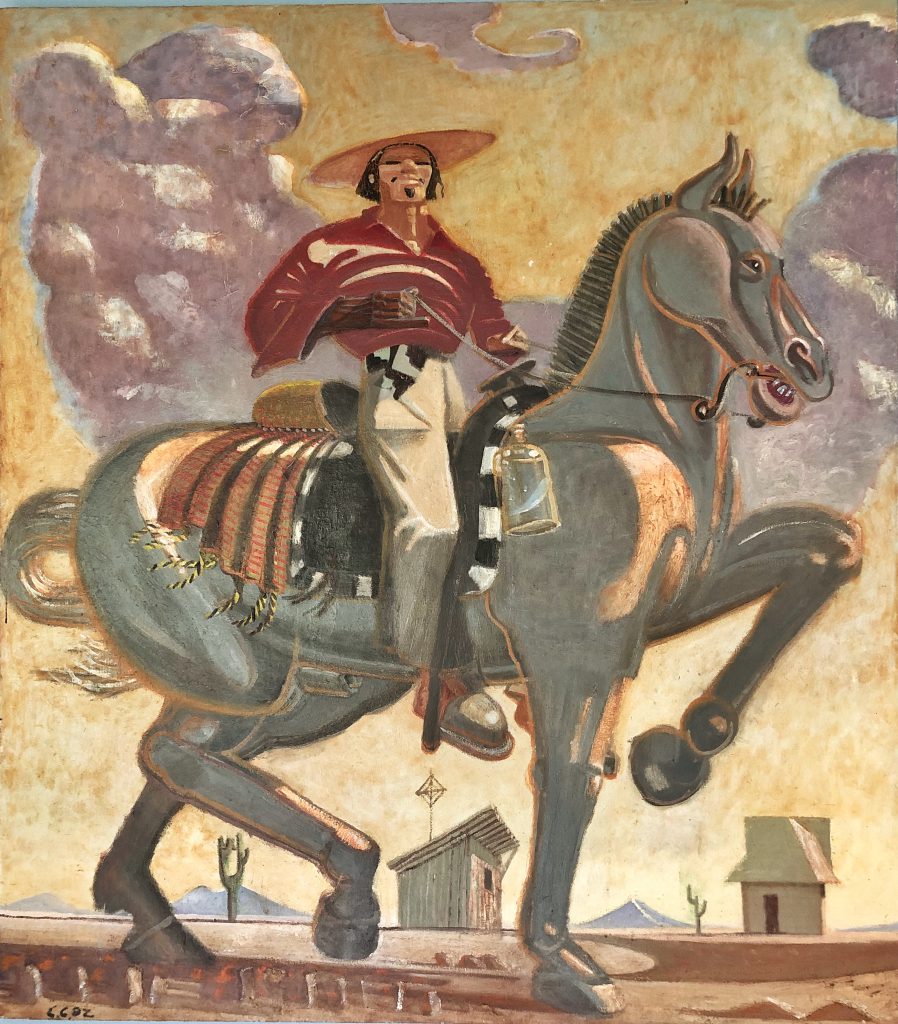 What I know about El Chinaco is what Ed told me.

Who is El Chinaco?  After the Chinese had finished working on the Central Pacific Railroad some of them, having had enough of Gringolandia, headed South to Mexico. Some of them became cowboys, and, take a look, pretty spectacular ones at that! Having adapted to the hardships of railroad work they already had the skills to deal with the rough physical life out of doors. So there you see a monumental horse beneath a monumental horseman with a decided Mexican aspect, and also a Chinese aspect, poised to be absorbed into multi-cultural Mexico. Ed saw connections, he was a uniter.